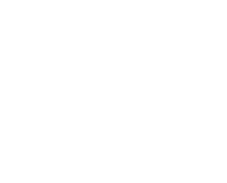 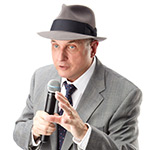 All About the World's First "Investigative Mentalist"

"We worked with Steve Tyler to add a fun interactive aspect to our team holiday event! Steve was so easy to work with, and so professional. I told him a bit about the team dynamic and what I was looking for and he was nothing short of spectacular! The event was in a brewery and Steve made sure his performance catered to this perfectly. As people grabbed beers and snacks, Steve started his performance and had everyone on the edge of their seats. This was definitely one of the most memorable team events, and I am extremely happy to have had him there. The team thoroughly enjoyed themselves and I highly recommend Steve to anyone looking to bring a fun and exciting aspect to their event!" - Olivia Matney, Amazon.

"Outstanding Performance. I would recommend Steve Tyler for any type of venue. He was very professional when setting up the contract, time, and great communication. When he got to our work Christmas party he was early to insure everything worked and he was ready to perform. His performance was amazing, he had all of the audience in awe on how he was able to get all of his answers correct. Our employees are still talking about how amazing this event was. I would hire him again in a heartbeat and would highly recommend him for hire. He is so talented!" - Justine F., HR Manager, Aseptico.

"Steve mingled with our party-goers one on one, allowing him to wow individuals with his Mentalist abilities in a way that I feel created a memorable experience. Furthermore, Steve understood the nature of our event and made sure to reach out to any guests who we particularly hoped to impress. Our guests left impressed and we hope to have the opportunity again to experience Steve Tyler’s 'mind-reading' magic." - M.B., Event Sales Coordinator, Novelty Hill - Januik Winery.

"I had Steve perform at our Holiday party and my team had these comments: He was fun! Good at what he did, it was a nice conversation starter. I liked him…he made me draw something then tried to guess what I drew, and he guessed correctly!" - V.S., Executive Assistant, T‐Mobile

"I hosted a holiday party for 200 adults. As you can imagine, hosting that many people can be a challenge. Steve Tyler was contacted and booked to entertain guests for an hour and a half. The guests were delighted with Steve and his mentalist show." - Tuesday, Advanced Orthodontics

"Wow what a show! We hired Steve to perform his Mentalist "Magic" at our Yelm UFO Fest. The Audience was in awe of his feats of what appeared to be the impossible. Their gaping mouths were a testament to their shock in seeing how he read everyone's minds. They were truly stunned and wondered when he would be performing again. Amazing!!" - Yvette O., Triad Theater

Steve Tyler is not a "magician" he is a Mentalist or in layman's terms a "mind reader." Steve's show is amazing and great fun for an adult audience. They will be stunned and amazed. It's a unique form of entertainment they've probably never seen before and something they'll never forget.

Steve performs a mentalism show of 15-45 minutes (depending on your preference). He can also provide "mix & mingle" entertainment where he strolls around the room and performs mentalism routines for small groups of guests. Many clients book Steve for a combination of the two, performing "mix & mingle" entertainment with individual guests followed by a mentalism show for the entire group.

Steve is also a handwriting expert and he can perform inividual handwriting analysis "readings" for your guests, which is an extra treat that many people enjoy.

Steve calls himself an "Investigative Mentalist" because he previously worked as an award-winning Investigative Reporter for several TV stations including the ABC and NBC affiliates in Seattle, Washington and the ABC affiliate in Portland, Oregon.

Following that experience, Steve spent many years studying and further developing his investigative reporter's sense of observation and intuition ... learning to read body language and handwriting analysis ... and ultimately learning the secrets of psychological thought reading to "get inside your head" and read your thoughts. It is unique mind blowing entertainment that you and your guests will truly enjoy. It's a lot of fun!